Karl Green balanced two dramatically different roles his senior year. Not long after he was crowned as Wakefield’s homecoming king, he brought the story of 14-year-old civil rights martyr Emmett Till—who was murdered in 1955 after reportedly flirting with a white woman—to life onstage. 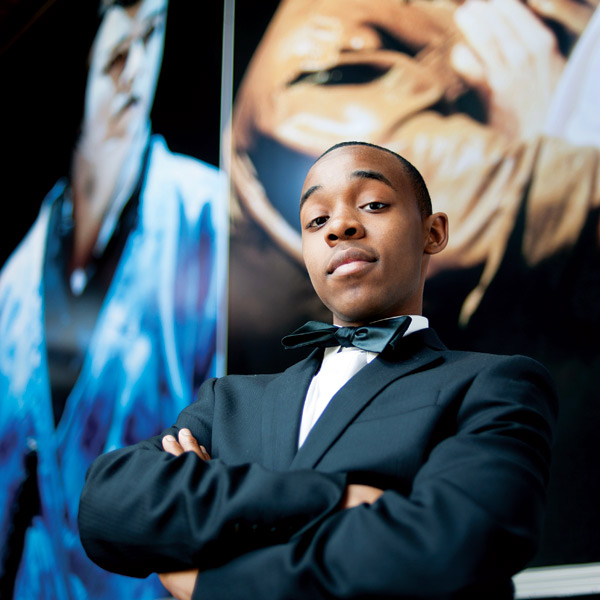 For Green, the latter role was a culmination of his four-year run with Signature Theatre’s “Signature in the Schools” program, through which he performed in four plays and volunteered as an usher during a variety of other dramatic productions. Janet Langhart Cohen’s one-act play, Anne & Emmett (which Signature added as an extra show at the end of its 2014 season), features a fictional conversation between Anne Frank and Emmett Till, exploring powerful themes of injustice, suffering and persecution.

“At first it was a really daunting task,” Green says of the 120-page script, which is packed with lengthy, emotional monologues. As the rehearsals progressed, he focused on embodying Till rather than simply memorizing prose.

“Acting is best when you begin to internalize the lines,” says the 18-year-old, who lives in Arlington’s Barcroft neighborhood. “It was a life-changing experience.”

He wasn’t the only one who found the role transformative. “[Green] changed the world that week,” says the play’s director, David Zobell. “He plunged into it with such incredible depth, detail and maturity that every audience [member]’s breath was taken away.”

The play also started a conversation. Following certain performances for Arlington Public Schools students and staff, the cast interacted with the audience, engaging in dialog about present-day issues of social justice, bullying and intolerance.

“His understanding of history, matched with his incredible empathy and general love for mankind were a lesson to everyone,” Zobell says.
Green will attend New York University’s Tisch School of the Arts in the fall, where he plans to study drama.     —Jenny Sokol