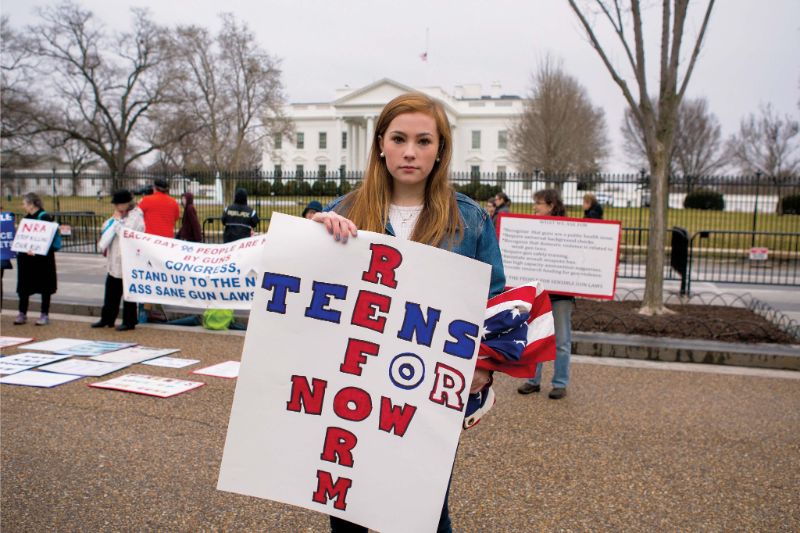 As a summer camp counselor at Coder Kids in McLean and the captain of a Potomac School team that advanced to the VEX Robotics U.S. Open and World Championships, Whitney Bowen knows firsthand that being a girl interested in STEM is not without its challenges.

So when an all-girls robotics team from Afghanistan was denied visas to participate in a U.S competition back in 2017, Bowen quickly organized a petition effort that spurred the White House to reconsider.

“We had our share of struggles being an all-girls team in robotics, but nothing like what this other team had experienced,” says the 17-year-old. “The Trump administration intervened, and they got their visas.”

Her activism didn’t stop there. In the days after the 2018 school shootings in Parkland, Florida, Bowen and a friend co-founded the Facebook group Teens for Gun Reform. They quickly planned a protest, enlisting 17 students to lie corpse-like in front of the White House to honor the 17 people killed at Marjory Stoneman Douglas High School. But the turnout was higher. Some 200 people arrived at 1600 Pennsylvania Avenue to show their support, and photos of the “lie-in” appeared in major news outlets such as The New York Times.

“Whitney gave on-camera interviews in English and Spanish, demonstrating tremendous poise and making an eloquent case for increased gun control to enhance the safety of America’s schools,” says Doug McLane, head of the Upper School at the Potomac School.

A softball and squash player to boot, Bowen plans to study neuroscience at Yale this fall. –Rina Rapuano