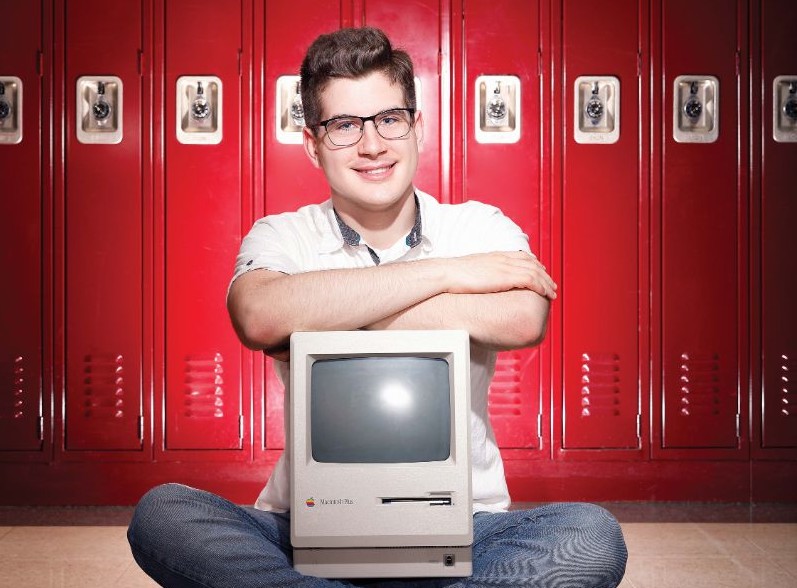 Erik Boesen spent the summer of 2018 playing capture the flag with robots and got to call it an internship.

He was actually studying how humans interact with robots as part of an M.I.T. research project that used aquatic robots (which he helped program and operate) on the Charles River to play the game with humans. “I still think it’s hilarious I got to call that work,” says the Falls Church teen. He remembers being drawn in by a robotics display at the Falls Church farmers market when he was 8.

At Mason, Boesen got involved in the robotics club (which has won two world championships in the past three years), started a “hackathon” to bring students together to take on tech challenges and earn prizes, and graduated with a full International Baccalaureate diploma. He was one of 10 students out of 92,000 high schoolers worldwide chosen for a top award in the 2018 FIRST robotics competition in Detroit.

Starting this fall, he’ll study computer science at Yale in a program that will allow him to graduate with both a bachelor’s and a master’s degree in four years.

In his spare time, the 18-year-old works as a web designer and software developer for local businesses. He’s also found a way to return the favor of that spark he felt as an 8-year-old—by running an after-school camp for children at his former elementary school.

Boesen has testified twice before legislative committees in Richmond on the value of robotics and STEM programs for lower-income area schools. “It’s so important we don’t leave behind students, regardless of their economic status,” he says. “Every student deserves to have access to the resources they need to learn to the best of their abilities.” –Tamara Lytle