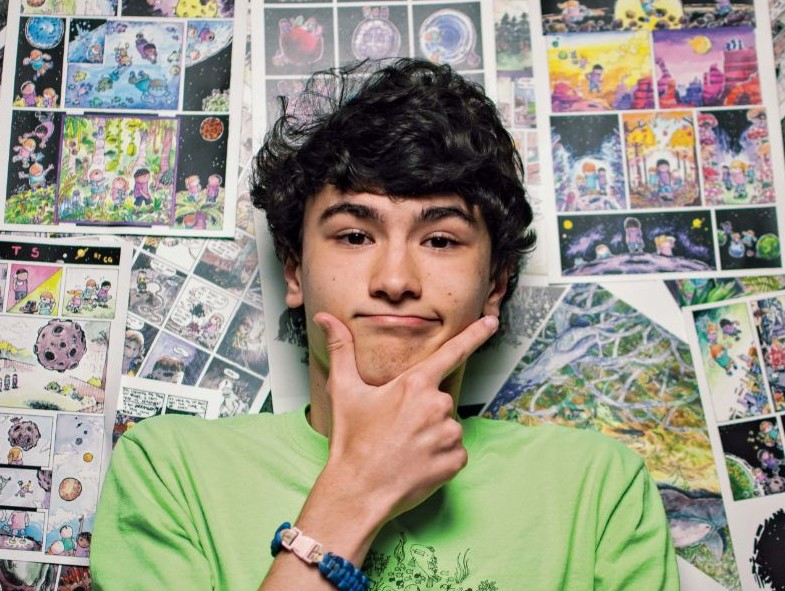 With two self-published volumes of his online comic strip “Billy the Pop” being sold on Amazon, several gold medals for his artwork from the Scholastic Art & Writing Awards and an award-winning animated short film under his belt, you’d think Cole Goco would have his future all figured out. But the 17-year-old realizes that pursuing the arts exclusively might do a disservice to a few of his other passions, such as biology and chemistry.

“With comics or film or even science, I could have a career that I’m happy with as long as I’m doing something creative,” says the Arlington Forest teen. In the fall, he heads to Wesleyan University, having won a prestigious 2019 Hamilton Prize for Creativity, a scholarship created by Wesleyan alumnus Lin Manuel Miranda. (Goco was also accepted at Oberlin, Vassar, Middlebury, William & Mary and Connecticut College.) For now, he plans to at least casually study his latest love—filmmaking.

As a high school student, Goco took film classes, volunteered and then worked at the Arlington Career Center. In his spare time, he makes comedic animated shorts. An accomplished pianist, he even writes music for some of his creations.

Though his focus has lately switched from graphic novels to films, Goco thinks he might still have a third volume of “Billy the Pop” (whose main character is an ice-cream pop) in of him, waiting to come out. After all, he’s been developing the comic strip since he was 12.

“There’s something really satisfying to work on it for so long and hold a book of your own work,” he says, “and I’m just really proud of that.” –Rina Rapuano