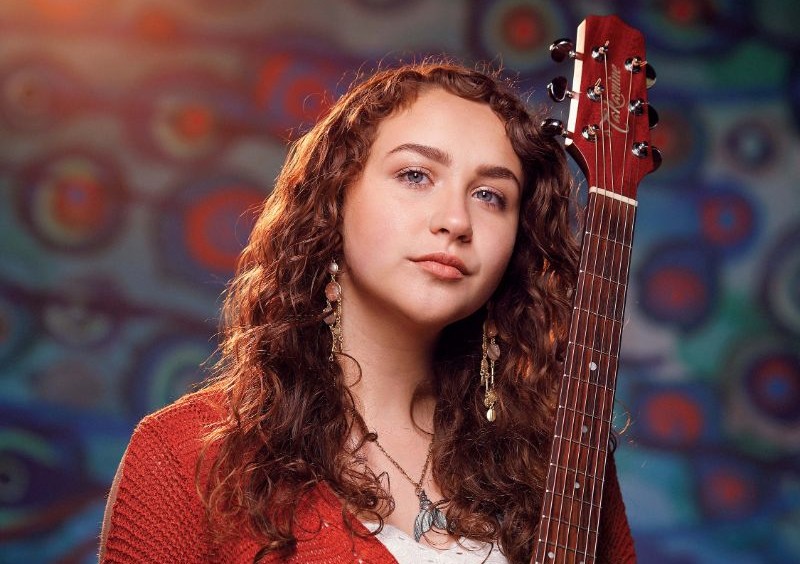 “A lot of my life experience has been you’ve got to show them—show, don’t tell,” says singer-songwriter Calista Garcia. “As a young girl, people aren’t going to put much worth in what you say.”

At 18, she speaks with the wisdom and confidence of a seasoned performer because, well, she is.

She’s been gracing D.C.-area audiences with her gritty vocals and original material since she was 10. By the time she finished high school she had already written two musicals, competed on NBC’s The Voice, released a solo EP, served as a Strathmore Artist in Residence and received accolades from the likes of the Grammy Foundation and Berklee College of Music. And she’s just getting started.

This summer, Garcia heads to Nashville to record the soundtrack to her full-length rock musical, Crystal Skies. She’ll then stick around as a student at Belmont University, where she plans to major in songwriting.

“I’m kind of genre-vague,” says the musician, when asked to describe her sound. On an episode of The Voice that aired in March, she donned a bluesy rock persona and performed a rendition of Terence Trent D’Arby’s 1988 hit, “Wishing Well,” slowing down the tempo and adding a “weird guitar tuning.”

“It says that I’ve got a brain,” says the artist, who won measured praise from the judges. She lists Joni Mitchell and Simon & Garfunkel among her influences, though she comes across in her original work more like a Lisa Loeb/Rufus Wainwright hybrid—in other words, a songwriter worth listening to.

Garcia’s most powerful sound to date might be her softest. In a recent YouTube post, she sings in a voice laced with melancholy: “Blue snow, teardrops on my pillow / Praying that tomorrow / Will bring a brighter day.”

As someone with an already brilliant present, her future is likely to be very bright indeed. –Eliza Berkon

Catch Garcia August 8 at 8:30 p.m. at the Songbyrd in D.C. with the Young Birds and the Cathy D. Band. She’ll also be performing in the World Folk Music Association’s Young Musician Showcase at Positano Restaurante in Bethesda on August 11 from 7-9 p.m.