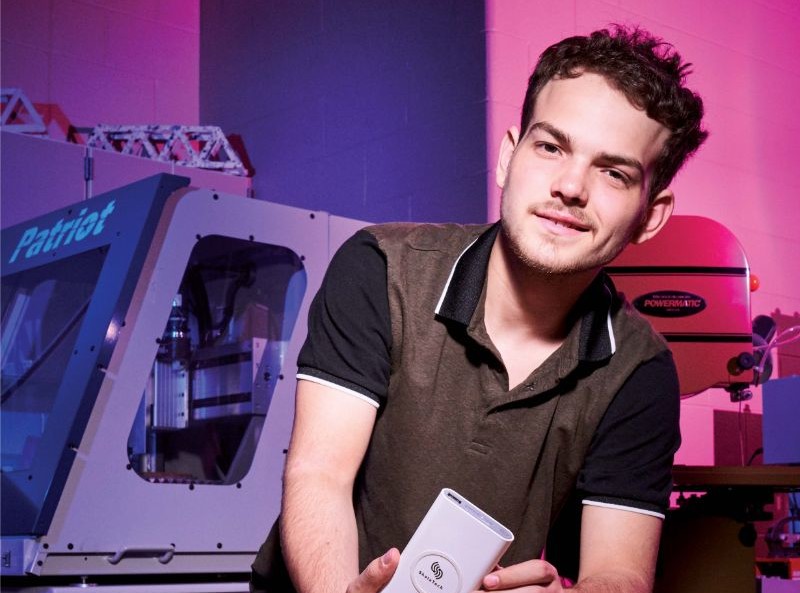 Some kindergartners prefer stuffed animals; others blocks, trucks or dolls. Arti Shala’s favorite toy was a computer. He was about 4 when his dad gave him an old one to take apart and figure out.

“I had all the time in the world and a computer. I went on the internet and looked things up,” says Shala, 18. He ended up teaching himself to code through YouTube videos.

Today he’s using those skills to run Shala Tech LLC (shalatech.com). He has a patent pending on a wireless charger that holds enough juice to charge an iPhone three times. After selling $1,300 worth of chargers in the first six months from his website—a crash course in entrepreneurship that involved everything from website design and social media marketing to order fulfillment—he has applied for certification to sell on a much bigger platform: Amazon. His company is also designing a custom charging station for a Georgetown restaurant to offer its patrons.

It helps that he won a 2017 National Foundation for Teaching and Entrepreneurship award that came with $1,500 in funding—which he promptly used as seed money.

Shala’s parents were refugees from Kosovo (he speaks Albanian), and he visits family there every summer. He says 10 percent of his profits are being set aside to promote STEM programs in Kosovo schools.

“I’ve been so fortunate to grow up in the United States,” he says. “There are computers everywhere. There are 3D printers in our high school. I want to help people get access to computer programming and computer science. If kids had access to those opportunities it would make a huge difference for their families and their country.”