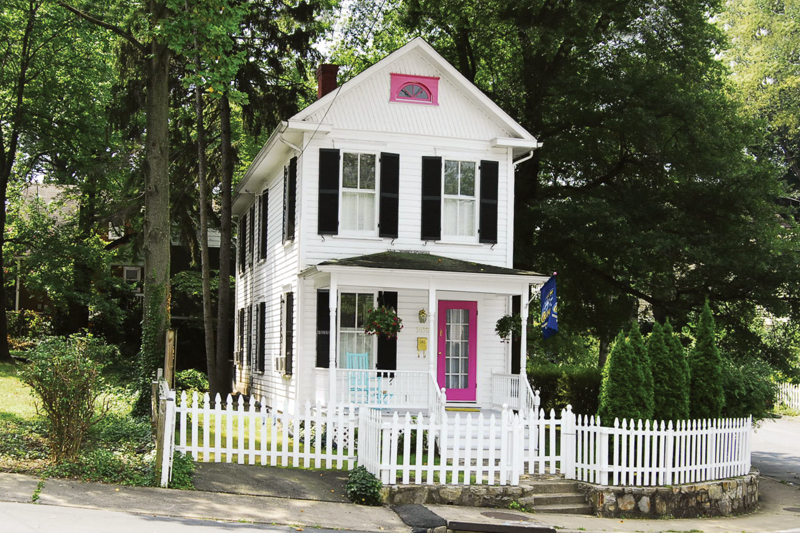 Of all the  Arlington neighborhoods cherished for their ageless charm, Maywood is historic with a capital H. It’s listed on the National Register, but also has the distinction of being the only full neighborhood among the county’s 30 locally designated Arlington Historic Districts. Homeowners contemplating renovations here must adhere to design guidelines meant to preserve the historic character of their vintage homes and streets.

Some might view this process as restrictive, but in Maywood the designation is largely a point of pride—one that has inspired many residents to rediscover and protect the architectural heritage of their Queen Annes, Craftsman bungalows and Colonials.

Maywood was developed by the Conservative Realty Co. between 1909 and 1913 as an early trolley suburb, to take advantage of the nearby Great Falls & Old Dominion Railway line. One of the company owners reportedly named the neighborhood for his wife, Mary, who went by “May.”

“Maywood truly is the only Arlington neighborhood that has not fallen prey to the teardown trend,” says Cynthia Liccese-Torres, an Arlington County historic preservation planner. “Not a single home within the 205-home historic district has been demolished since the neighborhood achieved its historic status [in 1990]….Each year, dozens of design projects are approved in the neighborhood by the [county] Historical Affairs and Landmark Review Board [HALRB].” 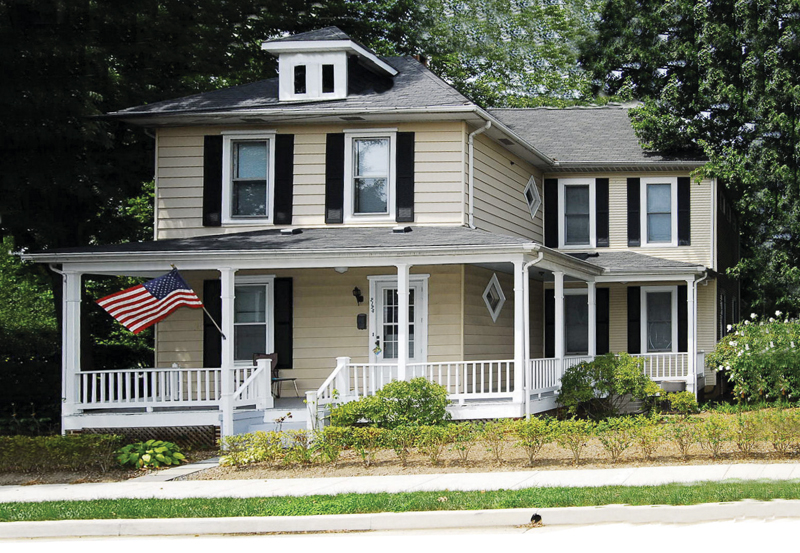 Dean Arkema, who lives in a 100-year-old house designed in what he calls a “simplified Queen Anne” style, had one such project. When he and his wife purchased the property on North 22nd Street in 2010, they knew they were making a commitment; the home’s antique windows were broken and nonfunctional. Arkema painstakingly repaired them, one pane at a time, to maintain the house’s original character. “There’s something about the essence of the original materials that just works,” he says.

Arlington-based architect David Ricks, who has served as vice chair of the HALRB and led its Design Review Committee, says he’s sympathetic to those who face the bureaucracy of getting new or altered home designs approved.

“However, taking the long view, the results are undeniable,” he says. “In terms of the built environment, and the preservation of a unique collection of early-20th-century homes, historic designation has secured Maywood’s future and made it an architecturally significant place and a much better neighborhood.”

Notable landmark: The exceptional Craftsman bungalow at 3299 North 22nd Street (not pictured) was built by the most prominent builder in Maywood, John Smithdeal. After its completion in 1915, it was purchased by the McAtee family and has remained in the family ever since.